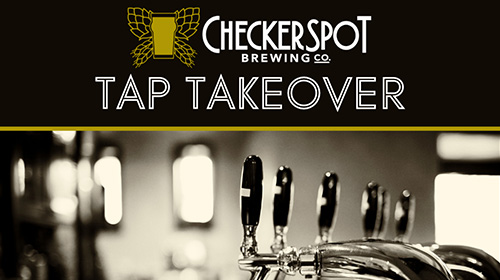 Checkerspot Brewing Company of Baltimore, Maryland is coming to the Vagabond Taproom for a Tap Takeover Friday, May 21 and Saturday, May 22, 2021!!

Judy and Rob first met through mutual friends at a party over some beers. While they both drank Natty Boh at first, as their relationship grew, so did their taste for more flavorful beers. After they visited Anchor Brewing Company in San Francisco, Judy became inspired to start brewing at home. Brewing in the kitchen then moved to the basement and both of them started drinking new and different beers. Steve bonded with his father as a boy helping him homebrew in the backyard using a kit brought back from a London pharmacy.

This love of brewing continued as he grew up and eventually led him to Heavy Seas where he started the cask program, now the largest in the USA. As Judy and Rob started exploring the new world of beer, they soon met Steve at a cask beer event. He introduced them to cask beer and the rest is history. Beer is a unifier that brings people together.

For more information about Checkerspot Brewing Company, please visit their website at www.checkerspotbrewing.com.