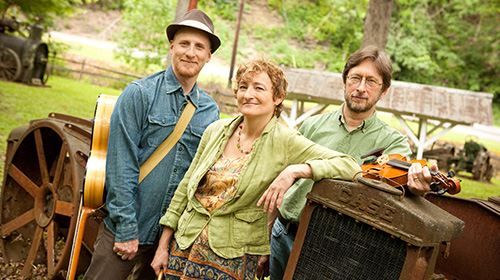 Please join us in welcoming our first musical act to The Vagabond Taproom, Aurora Celtic!

From the hills of West Virginia, Aurora Celtic plays evocative, original and traditional music for guitar, fiddle, Irish flute, whistle, mandolin and tenor banjo that bridges the cultures of Scotland, Ireland and Appalachia.

Band members Alice Fleischman, Michael Broderick, and Andrew Nelson are multi-instrumentalists who have played throughout the Mid-Atlantic states, at the Kennedy Center and in Europe. They have 3 CD's and their music has twice been featured on NPR’s Thistle & Shamrock music program. All have played in numerous musical groups spanning styles as diverse as Classical, Appalachian, Celtic & Alternative.

This is a free show, so come on out and join us!